One of my biggest pet peeves is the salaries paid to pro-athletes…and celebrities. I realize they work both sides of a sharp blade…they’re damned if they do…and likewise if they don’t. We need them for the diversion they bring, especially when we’d rather not focus upon the state of the nation and the world. And there’s no better time than the present, it seems, for some mind-numbing distraction.

Whatever happened to LSD? That was Cary Grant’s drug of choice…for a long time. He even tried getting ex-wife Dyan Cannon hooked. Unfortunately her inability to “float” outside her body with her Svengali was the undoing of her marriage. 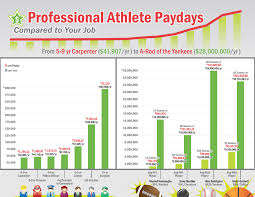 Where would all our pro-footballers, basketballers, baseballers, hockey players, soccer players, and golfers park themselves…if not on the field, the court, the mound, the rink, the arena and the green? And what would all the millions of fans who are glued to stadium seats or living room couches, do with themselves if they weren’t mesmerized by flat screens, iPads, iPhones and any other means by which they can channel their favorite pastime…pro-sports?

I’m as guilty as the next person when it comes to glamorizing stars of radio, screen and stage. They get my few, paltry dollars as recompense for whisking me off to “never-never-land” with them, every once-in-awhile. I too leaf through magazines and books, curious to learn some dirt that might make them seem more human…more like me…than the untouchables they might think they are.

I don’t fault pro-athletes and celebrities their jobs. God knows I wouldn’t want them infiltrating the already, lengthy unemployment lines. Although the bread line might be a little humbling for some of them…bring them down a notch or two…again, a little closer to the rest of us.

So what set me off on this mini-tirade? A photo of Kevin Spacey with Demi Moore in tow. I’m not over the moon about either one. He’s a fine actor, and so was she. While I gave her credit for snaring a young, hunk like Ashton Kutcher 6 years ago, as time passed his immaturity made me roll my eyes…at both of them. Seeing her with Spacey made me think “Oh good. Maybe now she’ll settle down with an adult and fade into the background like him. I’ve no problem with Moore returning to acting. I’d just like to see her step out of the public eye once-in-awhile. That way I’m not reminded of how much money we pay these people…