…reads the title to Cosmopolitan Magazine‘s recent article about Leslie Krom. It goes on to say “Leslie Krom, 28, has been given a tragic diagnosis. She probably won’t live past the age of 35. Her reaction? Live large–each second she has left.”

Writer Anna Davies captures Leslie’s story in a beautifully written article. But to hear it in Leslie’s own words as she stood onstage only yards away from where I sat at the American Cancer Society fundraiser last night, was indeed gut-wrenching. I don’t know if I’d have wept fewer tears were I not so in love with my own beautiful daughter, the keeper of my heart and soul.

At times I wanted to embarrass myself and stride boldly onto the stage to enfold Leslie into my arms to quiet the tears that interrupted her words now and again. Even now my eyes well up as I remember her confidence, halting at times because of the diseases that afflict her…cancer and epilepsy.

Leslie’s pleas were to “savor the moments” she and others like her, have yet to live. Her tears weren’t those of self-pity, although my mother’s heart broke when she recalled how middle-schoolers taunted her bald scalp and bloated body upon her return from battling cancer. Reliving the bad times seemed to energize her argument for ensuring that children with cancer be  afforded the opportunity to be loved as they are, and to thrive as best they can, looking forward to the wonderful times the rest of us take for granted.

A beauty, a red-head, well-spoken, always smiling, a sense of humor, a spokesperson for those unable to speak so eloquently, a child any mother could be proud of…I give you…Leslie Krom…as told to Anna Davies for Cosmopolitan Magazine.

Recently, I was at happy hour with some friends when a cute guy walked up to me. “What does a pretty girl like you do with yourself?” he asked, clearly flirting. The bar was buzzing with young people burning off postwork energy. And while I looked like I belonged there, I knew I was different. I paused to think for a second, then responded, “Mostly, I take care of myself. It’s kind of a full-time job.”
I’m sure he interpreted that as my being a high-maintenance diva with a trust fund and a calendar full of salon appointments–which couldn’t be further from the truth. What I meant was, I have cancer. It’s going to kill me very soon. And dealing with that is a full-time job.
A Really Bad Hand
A few years ago, everything in my life was clicking into place. Despite being diagnosed with lymphoma, a type of blood cancer, when I was 13, I’d been in remission for more than 10 years. I had a cool new job, a cute apartment in a trendy Seattle neighborhood, and weekends filled with yoga classes, volunteering, and hanging out with friends.
When I was 25, my doctor had given me more bad news: I’d developed uncontrolled epilepsy. When I started having frequent seizures, I had to quit my job and move in with my mom. But within a year, doctors had come up with a combo of meds for me, and my seizures were becoming a bit more manageable. I convinced my mom that I could go back to living on my own.
I thought my life was almost back on track, but I was in for a major shock: I had cancer again. This time, it was a rare type called multiple myeloma. And even though it was still in a very early stage and could remain that way for several years, my doctor said that once it began growing–and it would–it would kill me. Not in decades, but in years. Basically, I was going to die, most likely before I turned 35.
I felt like I’d been hit by a sledge-hammer. Wasn’t it enough that I was a childhood cancer survivor? That I had epilepsy? How could life be so unfair? I don’t even remember how I got home, but when I did, I just curled up in bed and hibernated. I couldn’t come to terms with my new future. I wouldn’t get married. I wouldn’t have kids. Any chance of having a typical life was over.
A Life Worth Living
After two weeks of sleeping and crying, I finally told my mom. We’d been through so much together–she’s always been my main source of support–I felt guilty putting something this huge on her plate. But she jumped right into action, immediately urging me to focus on the good. It was hard to see that there was anything good about my life at first, but I started seeing a therapist, and little by little, I saw it. I have my mom. I have friends. And I’ve always had a backbone of steel.
I needed that backbone when I broke the news to my friends. It’s really uncomfortable to sit there while peoploe cry and feel sorry for you. And while they all meant well, sometimes what came out of their mouths pissed me off. One friend held my hand and intensely said, “I know you’re dying, and I’ll be by your side every step of the way.” I yanked my hand away and snapped, “I’m not dying!” It’s not that I’m in denial–I know I have a terminal disease. But if I lived my life thinking about how I’m dying, it would be impossible to go on.
I told my friends this: I want them to treat me like Leslie the girl who bungee jumps every chance she gets, not Leslie the girl who’s dying.
For the next couple of years, I focused on having fun. I searched for the best sushi spots, went on girlie getaways, and smiled my way through a few online dates. But as the cancer progressed, it was time to make a huge decision about my treatment. A stem-cell transplant or radiation had better chances of fighting the disease. But I chose a low-dose round of oral chemo–the least invasive option, with the worst odds against my cancer.
It was an easy choice for me. I didn’t want to spend my life feeling weak or in a hospital. I didn’t want to be away from the people I love. I chose quality of life over quantity. Some people felt I wasn’t fighting hard enough. But I say, there’s nothing to battle because I already know cancer will never win. Friendship and love are stronger than cancer. My memories are stronger than cancer. And my spirit is way stronger than cancer.
I won’t say having cancer doesn’t suck. I often sleep for 23 hours straight, I have joint pain, and I have no idea what’s going on inside my own body. But I see an opportunity: I know when and how I’m going to die, so I’m not wasting time. I’m doing everything I’ve ever wanted to do–like going on all the rides at the Stratosphere in Vegas and diving with sea turtles off the coast of Maui—now. And I plan to keep flirting it up with hot guys at happy hour until it’s time for me to go.

“Out of the mouths of babes.” Could we who have lived longer said it any better? Savor the moment…

…for each one adds up to…a life lived…fully… 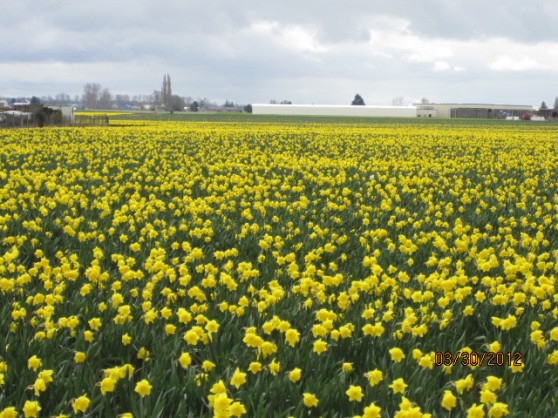