As I walked through the automatic doors at our local QFC supermarket a couple of days ago, the first thing that caught my gaze was a brightly colored balloon that said “Happy Boss’s Day.”

I was aware of  secretary’s day, or in more recent times…administrative assistant’s day. Not a boss’s day.

The moment passed quickly and I didn’t give it another thought. Until last night that is, when my daughter expressed deep admiration for her dad…as a boss. 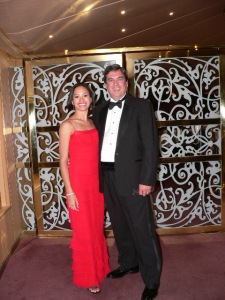 When my husband left for work this morning, we exchanged our usual bear hugs. Kissing him goodbye, I told him what our daughter had said. I added that, indeed, he was a boss who cares very much about his employees…and always has.

In his usual, humble manner my husband said he hoped he could convince some uneasy workers of that today.

Recently, I had occasion to speak with a woman who had worked for my husband several years ago. She use to arrange our family’s travel, for which I was always very grateful.

It was nice catching up with Chris.

Before we hung up, she mentioned an incident that remains the most memorable of her career.

One day when the company’s owner and a couple of his top executives were visiting with my husband, they happened by Chris’s office. Instead of continuing on his way, my husband ushered the gentlemen inside to meet her. Explaining how valuable she was to the operation, my husband turned the spotlight on Chris.

Years later, she has never forgotten that incident.

As Chris explained it…hierarchy didn’t matter to my husband. Without reservations, he introduced his supervisor to the company’s Owner and Chairman of the Board, and Chief Financial Officer.

My husband is a man of tremendous integrity.

Early in his career, a very grateful client sent my husband a Christmas card containing a check for $500. I immediately set about spending the money, figuring we could buy this, that, and the other. My fantasy evaporated seconds later, when my husband explained that he couldn’t accept monetary gifts for what he’d done as part of his job.

These days we get Omaha Steaks delivered to us…from another, satisfied client. I can’t recollect the last time I bought red meat.

A corporate man, my husband was inclined to vote for Governor Romney as the next President. But as the campaign unfolded, and Romney showed himself to be a man easily persuaded to retrofit his principles to fit his audience, my husband began rethinking his choice. And with Right-Wing attitudes about social issues playing over and over again in the media, my husband is even more convinced that he will re-elect President Obama. 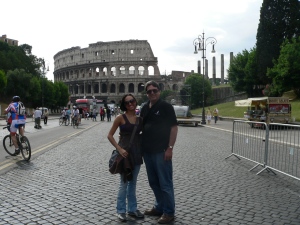