The Food Bank in our community recently held a holiday event for parents unable to provide gifts for their children.

Rather than having donors make the selections for family members, we were invited to bring our unwrapped donations to a specified venue on December 8th and 9th. The Food Bank’s website provided the age categories and a list of possible suggestions of gifts for both boys and girls. Donors were asked to indicate, if possible, what items we were planning to bring. Most likely it was to have an indication of what and how much to expect.

Parents wanting to participate in the shopping spree which occurred on December 10th and 11th, were asked to register online. Again, it was probably to ensure that there would be a sufficient inventory from which they could make their selections.

A friend and I had fun shopping for items to donate. With no child of his own, he relished purchasing a couple of things to make someone else’s child happy. It brought me joy as well knowing that the toys and clothes I bought would bring great pleasure to the parents who would, in turn, give them to their children.

What a wonderful way to give during the holidays. Letting parents shop from among the donated items, allowing them to have the same experience as we who have the means to buy gifts for our own children.

…are visited upon the son. And the daughter, I would add.

Much of what seems to be occurring in the world these days, whether it be religious fanaticism or racial prejudice or sexual/physical/mental abuse seems to have its roots in the past…our past, individually and collectively.

How does a child learn to discern what’s acceptable and what’s not? First and foremost from their parents, and then from other adults who serve as role models. Whether the results be good or bad, prior generations set the example for those who come next.

Wouldn’t it be great if the slate could be wiped clean of the dumb stuff with the birth of new generations?

It might be that our immorality reinforces the need for our morality. If everything were flawless, would we even care…about anything? Would life bore us to tears?

With struggle and failure comes passion and desire to achieve…the unattainable. Our lives have purpose and meaning.

We are here to be, as our beloved Lincoln put it so hopefully in his first inaugural address to the nation on the eve of the Civil War…

I am loath to close. We are not enemies, but friends. We must not be enemies. Though passion may have strained it must not break our bonds of affection. The mystic chords of memory, stretching from every battlefield and patriot grave to every living heart and hearthstone all over this broad land, will yet swell the chorus of the Union, when again touched, as surely they will be, by the better angels of our nature

My hope for everyone this holiday season, that we be…

…better angels of our nature.

Other inspirational offerings can be enjoyed at…

…doesn’t mean we should.

Americans tend to assume that our right to freedom of speech is God-given and encompasses everything and anything our brains can imagine. No matter that some of us have brains made of silly putty. Which, in my opinion, is the case with Messrs. Rogen and Goldberg of The Interview fame.

I may be old-school believing that some thoughts should remain just that…thoughts. However capitalism being what it is…“show me the money!”…as exclaimed by Cuba Gooding’s character in the film Jerry Maguire…even hair-brained schemes can see the light of day.

As moms the world over will agree…sometimes the only way a child learns his lesson is the hard way. And it looks like corporate mogul Sony who backed the low budget $40 million dollar fiasco hoping to reap $30 million in the first weekend alone, got punked and pranked up the wahzoo!

Back-pedaling is something we’ve grown accustomed to seeing in the media these days. Politicians do it all the time, as do celebrities. And lately, even mega rich sports figures have had to defend their questionable habits.

Thankfully the majority of us still know how to filter what it is we would like to do, and what it is we should and shouldn’t do.

It’s no secret that the rest of the world views America as the land where the spoiled children live. And yet, many still make their way here hoping for a little of what most of us luxuriate in every day.

Written a few months ago, however it seemed appropriate to the holiday season when families can be a bit more sensitive to one another.

We all need to set aside our anxieties and…

Making the case for a new dog after the loss of our beloved Mocha is a real brain twister.

So far I’ve been able to resist.

Not that we wouldn’t love the companionship of another faithful, loving pet. However caring for more than one furry, family member gets a tad more difficult with age. And I’ve still got two, little felines following me about for food and attention.

Meanwhile, I’ll get my fix for another pooch by watching these irresistible critters online…

I came across a beautiful message while perusing the blogs of fellow contributors to nurturing thursdays. Credit for bringing these wonderful words to light goes to crowing crone joss at
http://crowingcrone.com.

“The earth recognizes people in whom God flowers. There is a sensuousness, a centeredness, a grace to their movement. There is a relaxed gentility of power flowing quietly within and beneath their action. There is a humble assuredness about them, a reverence, a sense of humor and a sense of the sacred entwined. They are the magical people, for whom the earth has longed. ” -Ken Carey

Perhaps you know of someone “in whom God flowers.”

Someone I know comes immediately to mind. 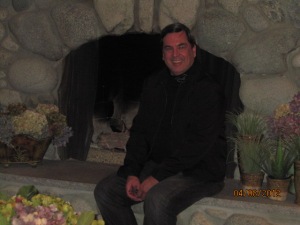 Our instinct to survive motivates us to do whatever it takes.

As we all know, humans aren’t the only ones wired for survival. What we might learn from other species, however, is…to never give up…no matter what.

Taken down by two peregrine falcons, this owl coolly swam back from the brink.