As I drifted off to sleep last night, I prayed for Pope Francis. 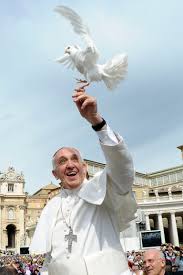 Not someone I normally think of when I pray.

I had real concerns for the Pope’s safety…still do…as he rides amidst thousands gathered to see him. There’s no way of knowing whether or not there’s a gunman among them.

Even the Pope needs our prayers. Like us, he’s made of flesh and blood. At 78, Pope Francis has limited stamina and energy. His crusade to alter the plight of the world’s poor is a task not even Bill Gates and Warren Buffet can fully accomplish with all their billions. And yet the Holy Father is like the fountain of youth, offering life to all in need…physically and spiritually.

I can’t recall another world leader, past or present, so aligned with the downtrodden. A humble man where his needs are concerned, Pope Francis is nonetheless outspoken when promoting the causes of the less fortunate. Using his powerful platform as the head of the Catholic church, the pontiff runs the risk of incurring the wrath of those who disagree with his beliefs. It matters not to him. He is about God’s work.

Just as Jesus Christ was about His Father’s work…for which the Son was crucified…and subsequently rose again in glory, to sit beside His Father.

I believe one day, Pope Francis will be canonized a saint. Yet I’m sure many agree that he walks among us today… 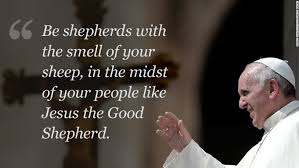