Another place, another time, Martin Luther King proclaimed the freedom of African-Americans from slavery’s lynch-hold.

Today Egyptians have realized the decimation of Hosnei Mubarack’s stranglehold on their lives. But while King and his followers protested nonviolently with as much support as they could muster, the cause to free the Egyptian people from their leader’s tyranny was embraced by millions via the internet.

Thirty-eight-year-old Wael Ghonim, marketing director for technology giant Google, spearheaded the campaign to free his countrymen from 30 years of suppression and hopelessness. No longer able to distance himself from their plight, Ghonim felt compelled to help, even risking his own security and comfort, and that of his wife and kids. Instant viewing of global images on YouTube these days seems to uphold the truism, that there’s “safety in numbers.” So perhaps Ghonim knew that the rewards reaped would far outweigh the risk in which he was willing to engage.

“A digital revolution,” as one news pundit explained of Mubarak’s removal by his people. The internet has leveled the playing field, allowing the “Davids” of the world to successfully take aim and bring down the “Goliaths.” My earlier post “give up the internet?” published on 2/7/11, pondered the inevitable loss of a simpler life, when technology came to dominate.

These last 18 days have shown the internet to be a weapon in the hands of the masses. Egypt‘s next generation, fed up with a government they didn’t countenance, and armed with useless college degrees, expressed their contempt for the status quo. They voiced their vehemence on Facebook, the online social networking system. From this global vantage point a phenomenal movement grew. As a result, President Mubarak is history. 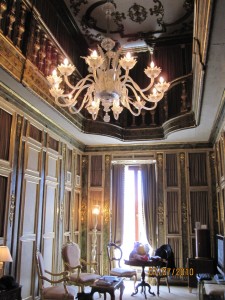 I’ve always felt that the “have nots” live with faces pressed against the glass, envying the lives of the “haves.” If those who “have” don’t freely share of their material wealth, then the “have nots” will wrestle away whatever they can. Deserving or not, it doesn’t matter. All “have nots” probably feel it’s their moral right to live in equality with their fellow “haves.”

who could argue… with the “have nots” in egypt…hugmamma.