A post written by Candice at http://wrygrass.com/2013/08/28/fire-frenzy-and-calmness-in-a-fur-coat/ had me laughing…and thinking I’d found a soul sister.

Could it be that there’s another woman out there who lacks common sense? I thought for sure I was the only one. I’ve never admitted it before, but reading about Candace’s behavior in the face of a crisis empowered me to speak up. Until now, only those nearest and dearest to me knew the truth. At least…I hope so.

“Common sense” according to Webster’s is “sound practical judgement; normal native intelligence.”Well, I’ve never been practical and at times I’ve jokingly told my daughter that I was “aby-normal.”

If you’ve never seen “Young Frankenstein,” you should. When Gene Wilder asks his hunchback sidekick, Marty Feldman, whose brain he got for Frankenstein, Feldman replies “Aby someone.” Wilder asks “Aby who?” To which Felman says “Aby Normal.” I loved that line and have since borrowed it.

Like Candice, I had a run-in with my oven.

When I was in my late 20s living on Long Island with my hubby, I decided to take a sick day from work to bake up a Christmas gift for some friends. At the time I was heavily into making, and eating, chex mix snacks. Still in my flannel nightgown, I put my first batch into the oven and wandered off. Not long after, the smoke alarm started going off. Hurrying back to my teeny-tiny kitchen I was alarmed at the sight of a fire in the oven. In a state of panic I reached for the phone and dialed my husband at his office…in NYC.  I stood out in the small, enclosed foyer talking to him as the fire continued to burn. Ever the practical one he told me to call 911 and get out of the house. I did as I was told, feeling slightly foolish standing in my snow-covered front yard with the phone cord stretched to the max as I dialed for help.

In no time the fire engines arrived…two, I think…with firefighters hanging off the sides and backs of the trucks. Of course the neighborhood was alerted by the sirens blasting, as if calling one and all to bear witness to my stupidity. I’m sure I wanted to find the closest mole hole and crawl inside with my heretofore sworn enemy…Mr. Mole himself.

The firemen stormed into the house, hatchets and fire hose in hand.  Soon one of them emerged flinging my baking pan onto the lawn. All that remained of the chex mix was a charred blob. Meanwhile, the windows and doors of the house were thrown open to allow the billowing smoke to escape. I don’t recall if any water was used. I don’t think so. But with the passing of time I can only recall what I did…and didn’t do.

While I know this wasn’t the first time I pulled a humdinger of a boo-boo, it was the first of many, many stories my husband has loved retelling. Thank goodness he has a funny bone that runs the length of his body. If not, my marriage might not have lasted as long as it has…42 years. Have you a “Chicken Little” story of your own to tell? Or are you…

…the one with the common sense?… …as a husband…and a father…President Obama.

Qualities that matter a lot to me…as a wife…and a mother. And yes, as an American enjoying the freedom to choose the person in whom I place my faith and trust to lead us forward in an uncertain world, keeping us safe from harm to the best of his ability.

Without the benefit of a father by my side as a child, mine having died when I was one, I have placed a great deal of faith and trust in my husband as my life partner, and as the father to our only child.

Knowing that he imagines us in those with whom he deals in his professional life, and compares our well-being with theirs, instills a confidence that my husband would do right by all. He wouldn’t knowingly hurt others while striving to make the workplace a better environment in which to function. Effecting change is done with measured determination, with efforts at conciliation, and without malice.

Barrack Obama is a husband, a father, and President of the United States. It’s my perception that he, like my husband, is a man who loves his family and imagines for all of us what he wants for his own family.

An America in which all can partake of the dream envisioned by the Constitution.

An America wherein the wealthy acknowledge their debt to society in willingly giving back.

An America where all are afforded equal opportunity…equal rights…equal benefits.

An America in which a person can preside in the White House, as though ethnicity and cultural and personal differences were insignificant. 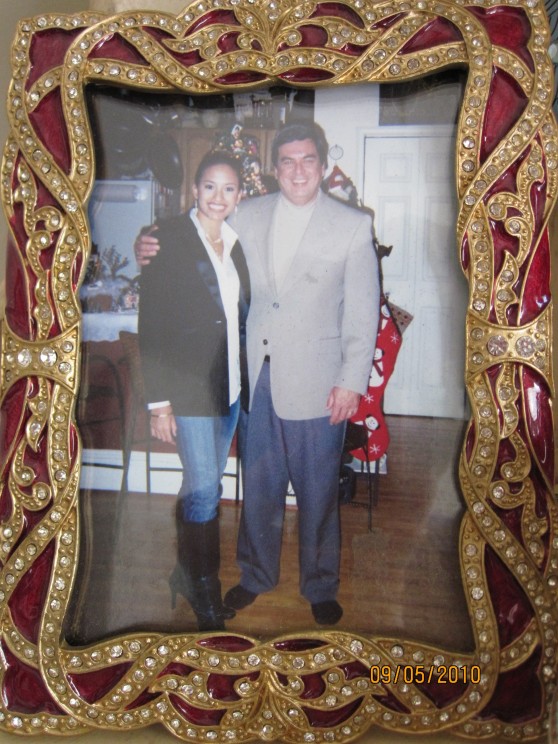 Four letters that connote tremendous meaning. My simple answer is that home means my husband, my daughter and those whom I love and who love me. All the rest in life amounts to trappings. They can be substituted one for another anytime, anywhere. But those who mean the world to me can never be replaced.

And the trappings I prefer to surround myself with…are my memories. Special moments…irretrievable occurrences…and feelings…of happy times, perhaps some bittersweet. 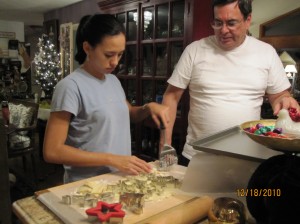 These are the only furnishings I can take with me to the end of my life. All else…conjured of material substance…even flesh…will disintegrate.

The only obstacle to keeping my treasure trove of reminiscences safe will be Alzheimer’s. No matter my destiny as far as that’s concerned though. I will cherish, for as long as I’m able, every breath that I take…every memory that I make…surrounded by my husband, my daughter…and those whom I love and who love me. 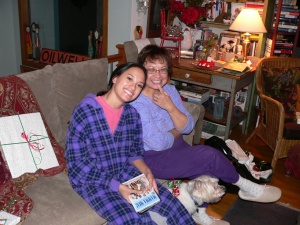 …home…my own special place in the grand scheme of things… 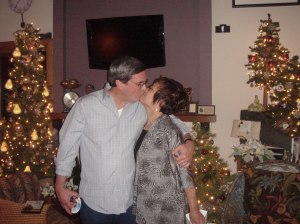 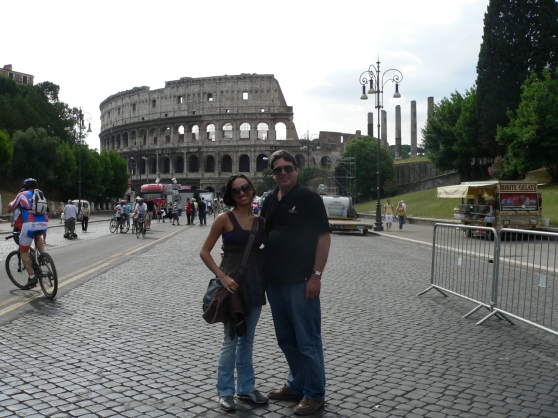 I think my friend Sylvia and her network of Brit friends, commiserate daily on trying to gather “tall tales” that are sure to have people chuckling, and nodding their heads in agreement. Someone should pay them for their time; come to think of it, I’d like someone to pay me for mine. But no matter, we’re doing what we’re passionate about, although I’m not certain what their aching to do…except make us all laugh. Well, I’m game. Bet you are too. Here’s their latest offering.

Why Some Men Have Dogs and Not Wives

1.  The later you are, the more excited your dogs are to see you.

2.  Dogs don’t notice if you call them by another dog’s name.

3.  Dogs like it if you leave a lot of things on the floor.

5.  Dogs agree that you have to raise your voice to get your point across.

11.  A dog will let you put a studded collar on it without calling you a pervert.

And last, but not least: If a dog leaves, it won’t take half of your stuff.

To test this theory…

Lock your wife and your dog in the trunk of your car for an hour. Then open it and guess who’s happy to see you?

…definitely not “my cup o’ tea”…when it comes to a life partner…the guy…not the dog…hugmamma.

At the risk of being called a cynic by my husband, and you, I must confess to being one. Can I at least blame it on having lived and worked in NYC for more than a decade?

Just before he went to bed, I spoke with my husband about my experience with Twitter today. Half asleep since it was almost midnight, I expected his eyes to grow bigger by the minute as my tale unfolded. Instead, tiny wrinkles formed at the corners of his eyes. I’m sure he delighted in telling me that I’d made the mistake, and that the brouhaha of which I posted earlier was another one of my lapses into New York cynicism.

I’d forgotten that I’d opened my Twitter account using my husband’s email address. Why, I don’t recall and neither could he. No wonder my email address and password didn’t work. Duh?!? So there! I admit to my egregious mistake, and may Twitter and Helah Chester @helahcobtendy forgive my trespasses. Mea culpa! Mea culpa!

Thank goodness my husband and I have funny bones. We had a good laugh, albeit at my expense.

…you can stop laughing now…hugmamma.

As I stood at the sink rinsing out utensils I’d just used in preparing myself a quick bowl of oat bran, another of yogurt with a cup of blueberries, and  a cup of green tea to wash it all down, I thought how different my husband and I are, in small, inconsequential ways. He’s been up several hours already, a habit from 40+ years of playing with the “big rats” in that well known “race” most of us have run. While I wouldn’t say that he’s early to bed, and early to rise, because he’s usually just a few minutes ahead of me crawling under the covers, my hubby does catch a few winks here and there throughout the evening in front of the TV, or behind his e-book, or both. I almost never lay my head back down once it’s off the pillow, until the witching hour, or later.

When I’m puttering in the kitchen, prepping, cooking, I tend to wash what I use, pots, pans, dishes, spoons, knives. Clearing away the used, makes less cleanup at the end. Hubby prefers to leave everything piled all over the place until everything’s said and done. He’s also prone to leave used dishes in the sink, rather than putting them immediately into the dishwasher. There’s one particular wine glass that he uses every evening for his red wine. I know he’s never washed it since getting it as a gift, because I’ve always handwashed it rather than relegating it to the thrashing wash cycles of the dishwasher.

Years ago Carmela, a friend, told us that no matter the weather she always cracked the window in her bedroom while she slept at night. I’d heard that doing so was healthier, especially in the winter, when dry heat and germs circulating indoors could cause illnesses, like sinusitis and the flu. So I’ve taken to doing the same. It use to be that my husband would register the usual complaint, “You’re heating the whole neighborhood!” Well, he no longer utters a word. He just smirks as I slide the window open… a tad.

I could go on, but you get my drift. I’m sure anyone who’s got a partner, has similar stories of differences that are in evidence on a daily basis. But surely you’re just like my husband and I…