I’ve been very fortunate to serve as a guest columnist to a local, community newspaper from time to time. It’s allowed me to share my opinions on issues near and dear, here at home and abroad. The following was my latest submission for consideration by the editor.

Regardless of which side we were on during the presidential election, we all have Hope in common. Clinton’s campaign hoped love would trump hate; and Trump supporters are hoping the president-elect returns them to a time when America was great for them.

It’s more difficult for some than others to get past the divisiveness of the campaign, but do so we must for the good of the country. How best to do that is the question. Perhaps it would help if we began by focusing upon what remains familiar for all of us.

Transitioning from one presidency to the next is done peacefully, assuring that we can go on about our business the day after election. Freedom of speech is still protected by the Constitution. Individually and collectively, we can continue to voice our differing opinions. Regardless of our politics, we all believe in the sanctity of life. War abroad and at home is never a given. Above all, we continue to hold strong to our abiding belief in an America where dreams can still come true for all those who come after.

Personally, in our own lives, we can look to what remains familiar and comforting…our loved ones and our communities.

During the holidays we focus attention upon the happiness of others, whether they are from within our tight-knit circle of family and friends or strangers in need of our help. Our hearts and minds are opened to putting their needs before our own. We are all part of a unified spirit of goodness as we rush around like Santa’s elves.

In doing for others, however, we often overlook our own spiritual and physical well-being. The holidays always compound our oversight, and for some folks this season is especially exasperating because they remain traumatized by the recent election. In speaking with a couple of mental health professionals last week, it may be that those still reeling in the aftermath of the political upheaval are suffering signs of PTSD. War, real or imagined, can have the same effect upon a person’s psyche. Moving beyond a traumatic event takes effort, sometimes superhuman effort. “Grit” was a word referenced in my discussion with one of the experts.

In her book, “Grit” The Power of Passion and Perseverance, Angela Duckworth signals grit as the ingredient necessary in a person’s character which drives him or her to succeed. Duckworth determined it as the single, common denominator as to why individuals succeeded whether she encountered them as a math teacher or psychologist. In fact, she credits grit, not talent, as the reason she was awarded a MacArthur Fellowship, also known as the “genius grant.”

I like to think of Americans as having grit. In our struggles to persevere as a democratic people in the face of national and global adversity, we have survived and will continue to do so no matter what.

Armed with hope and grit, we remain “one nation under God, indivisible, with liberty and justice for all.”

…wishing you and yours…a holiday season filled with peace and joy. 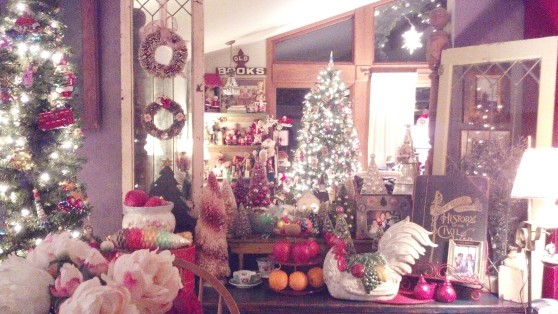