The other evening my family and I attended a lecture by a visiting priest. We’d heard him preach during Sunday Mass, and liked what we heard. Wanting a little more spirituality in our lives, we were open to hearing more of what Father had to share.

At 7 p.m. we’re usually settling in for the night. After chores, errands and work, we’re not inclined to venture out again on a week night. But after a hurriedly prepared dinner of scrambled eggs with sliced turkey kielbasa thrown in for added protein, we made our way to church. God must’ve been smiling down upon me, because sitting quietly on a hard pew, one day a week, is more than enough for me. Remember an earlier post when I mentioned that my mom would pinch my butt, as it slid back to lean against the edge of the pew? Happily, I can now repeat the same offense without repercussion. It’s one of the benefits of old age. I can also catch “40 winks” behind closed eyelids, while the Mass drones on. I don’t do it often, but as I’ve said before, my mind does tend to wander.

About 35 parishioners were assembled in the pews at the front of church. Father stood before the group. As he spoke, he would refer to what we were seeing projected onto the screen situated near him. While I can’t remember all he said, I do recall that Father spoke of “charisms.” The word isn’t in my paperback copy of Webster’s Dictionary, but perhaps it’s the root for “charisma – a personal magnetism that enables an individual to attract or influence people.”

According to Father, God has bestowed us with “charisms.” These are unique “gifts” that make us feel good, when they are shared with others. Ultimately they bring us the fulfillment we seek. This is our vocation as Catholics, disciples of Christ. Each of us, according to our own “charism,” is called to serve others in our daily lives, out in the secular world. Priests are not the only ones who are “called” to serve. As an illustration, we listened to Jan Vallone tell her story, up on the screen.

Having grown up Catholic, Jan always did what her parents wanted. It was her dream to teach, but she became a lawyer because that was her father’s desire. During the 18 years she worked in law, Jan felt neither happy, nor fulfilled. When the firm she was with downsized, she took the opportunity to apply for a teaching job. To her astonishment, her application was accepted. As a high school English teacher, Jan’s spirits soared. It meant a great deal to her that she was making a difference in the lives of her students.

In addition to teaching, Jan began writing. Her memoirs caught the attention of a publisher. But because marketing her manuscript consumed so much of her time, she felt distracted from her true calling, teaching and writing. So she plans to return to both, leaving the selling to someonelse while she teaches the high schoolers she loves, and begins writing her second book. Jan feels fulfilled, knowing her “charism” is helping others, something which neither practicing law nor marketing a book could do for her.

I think I’ve found my “charism” in Hugmamma’s Attention to Detail. In my blog, I’ve been able to combine my passion for writing with my desire to be a voice for compassion and positivism. In sharing my experiences, thoughts, and feelings with others, I hope I’m able to provide a ray of light in a darkened corner of someone’s life.

My husband’s “charism” has always been as a role model of integrity and compassion in the business world. He “climbed” the corporate ladder without chicanery, or “brown-nosing.” Solidly committed to his principles throughout a 40 year career, he has garnered the loyalty and admiration of peers and employees, as well as business associates. I’ve even suggested that I’d be a great hire, to which my husband has always replied “I already have a CEO and President at work. Thank you very much.” I guess he’s right. Better that he leaves work behind, when he leaves the office.

Dance has always been our daughter’s “charism.” Beginning with her first performance as an 8 year-old tap dancer, she drew the attention of the audience. Afterwards a father approached me to say, he thought our daughter had tremendous “stage presence.” We’ve always been told that, and often by complete strangers. People have also said they can’t take their eyes off her; that they track her throughout the performance; that she’s their favorite dancer. Our daughter has always said that she feels blest with a gift that she wants to share, in the hopes that it will touch someone.

As Father put it, God would never set us up for failure. Our “charism” is what He has called us to do, as his disciples in the world. 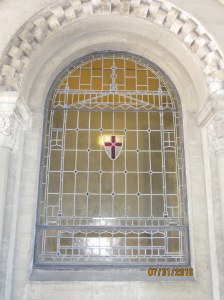 your “charism” calls,… will you answer?…hugmamma.

More wonderful readers suggesting I’m a “blooming author in their midst”, and “a writer, not a blogger, needing to publish a book.” Again, from their lips to an agent or publisher. Maybe someday I’ll take their advice and supportive words and do something more with my writing. Until then, I’ll continue scribing for you, faithful readers, people who care what I say. No matter the size, an audience is still an audience to be appreciated.