My new son-in-law is a blonde, blue-eyed Texan. It’s obvious he adores and cherishes his new Mrs. …my brunette, brown-eyed, beautiful daughter. He’s already said he’d like their children to inherit only one of his traits, his blue eyes; otherwise, he’d prefer they inherit their looks from their mother.

Who could find fault with a man who loves my precious, only child as I do?

What in his DNA makes my son-in-law so unlike others who see people of color as unlovable? And what in my daughter’s DNA makes her color-blind to someone so opposite in appearance to her? I can only reason that they have both known the kind of love and support which looks to a person’s heart, and not to the circumstances in which he or she was born.

Hugging my daughter’s new mother-in-law when we first met, I could see how alike we were…so utterly and totally in love with our children. And so “over the moon” that they had found one another. Neither of us noticed that we too had nothing physically in common…not our skin color…not our hair color…not the color of our eyes…nor the drawl, or lack thereof, when we spoke. Enveloped in a comforting hug, our hearts beat in unison. Two moms whose precious children had found a safe haven in one another…and dropped anchor, creating a home of their own thousands of miles away from those who love them so much.

Love does conquer all…if we allow it.

Allowing ourselves to love others unlike ourselves is the task set before us by God. Many more have succeeded than have failed. It’s in the media’s best interests to focus upon the failures rather than the successes. They seem miniscule by comparison, and perhaps they are since most go undetected, flying under the general public’s radar. However in the grand scheme of things, it’s really the little moments that add up to the greatness of our lives.

For two families celebrating a momentous occasion, the marriage of our children, all is right with the world. Granted, it’s not a perfect one. There is no Heaven on earth, after all. And yet God has given us the tools with which to create one that comes close to approximating the real thing. Whether or not we take up the challenge is up to us as individuals. And as individuals, each of us will face God with our own stories on judgment day.

We are all storytellers, everyone of us. How good we are at it… 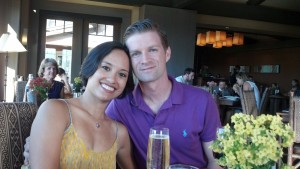 (For more inspirational words, click on the following…
https://beccagivens.wordpress.com/2016/07/07/nurt-thurs-embrace-yourself/